Arthur Ransome’s much-loved children’s classic, set in the Lake District, is brought thrillingly to life in Helen Edmundson’s wonderful theatrical adaptation.
When John, Susan, Titty and Roger are granted their wish to set sail on their beloved boat Swallow, they know it will be the summer holiday of a lifetime. But their adventures truly begin when they encounter Nancy and Peggy (the self-proclaimed Amazon Pirates) and the dastardly Captain Flint.

‘genuinely inventive and encourages the audience to use their imagination’ Telegraph

Arthur Ransome’s classic children’s novel ‘Swallows and Amazons’ is set to be brought to life by a Workington theatre group.

Theatre Royal Youth are setting sail on their latest adventure to bring the tale, set on Coniston Water, to local audiences.

Eighteen-year-old Ellie Wilson, who will be making her directorial debut, says she has thoroughly enjoyed working on the show with a large cast of talented TRY members aged eight to 18.

The show will run from October 31 to November 2 at the Theatre Royal on Washington Street, Workington, starting at 7pm.

A classic tale is brought to life in Workington theatre 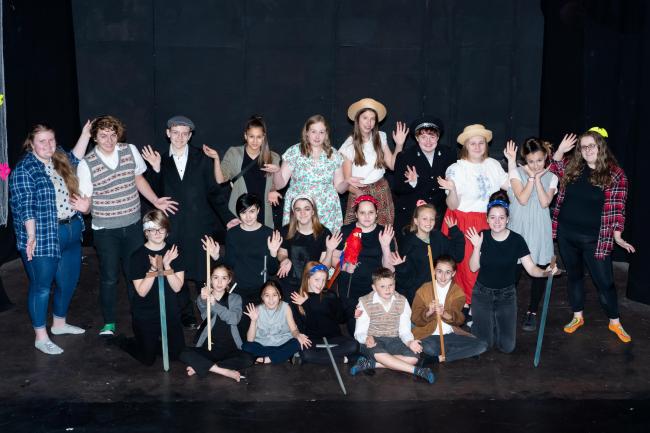 How do you adapt Arthur Ransome’s classic children’s novel, originally set in the Lake District in 1930, for the modern stage?

If you are Helen Edmundson, the answer is by getting the audience to use their imagination.

Her version relies on cleverly-used props and striking sound effects to conjure up a time when children spent much of their time outdoors, went sailing on lakes (with little or no safety equipment!), camped in the wild and got into some scary situations.

This Theatre Royal Youth production asks a lot of its young actors because much of the tension relies on their excited/fearful/enthusiastic reactions to the events that unfold in the play.

The cast have clearly worked hard on the show and there is particularly good characterisation from Emily-Rose Lane as Susan, Harry Wallace as John, and Jack Miller as Roger.

Isaac Fillingham stands out as the sinister Captain Flint – and the Pirates are suitably menacing. A special mention also goes to the Parrot, deftly operated by Sophia Alford.

The play runs until tomorrow (Saturday) at the Theatre Royal, Workington, starting at 7pm. Tickets (£7 adults and £5 children) are available online or on the door.