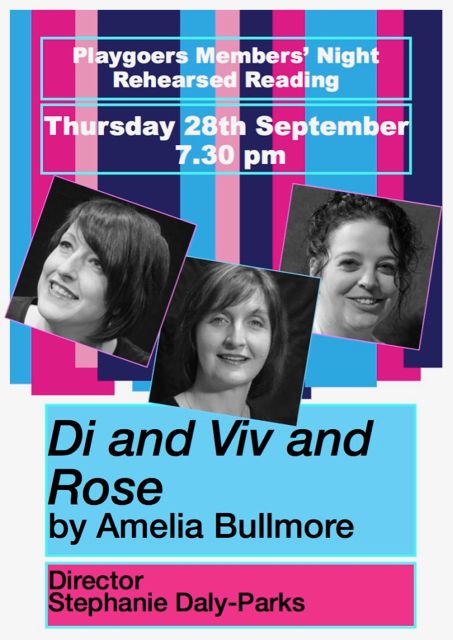 A Rehearsed Reading on the stage of

Di and Viv and Rose

From its opening scene, at a northern university’s hall of residence during the early 1980s, to its close in 2010, a simple, strong thread runs through Amelia Bullmore’s drama and the upheavals in the lives of her characters.
It’s the friendship that has brought together this gawky, and seemingly incompatible, trio of female students – the bookish and serious Viv (Nicola Woodier), sporty Di (Ruth Hellen) and the sexually voracious, albeit strangely vulnerable, Rose (Becky Wilson).
The skill of Bullmore’s script  is the way it picks away at what friends are, why friendship endures or falls apart, and how vital it is to life.